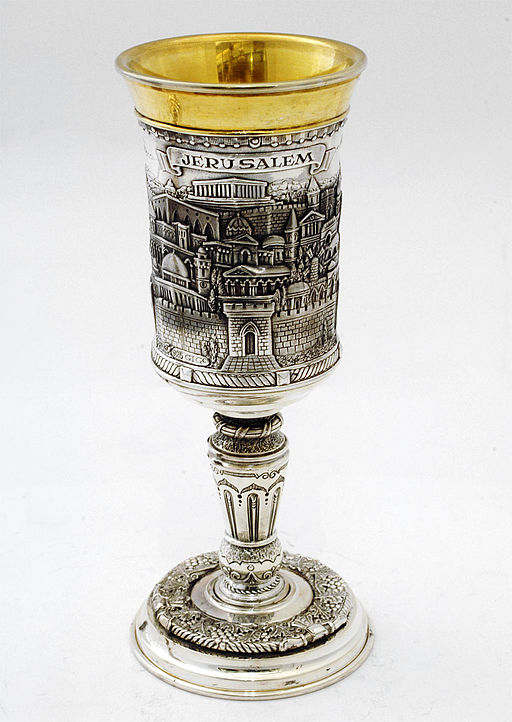 [mks_dropcap style=”letter” size=”52″ bg_color=”#1e73be” txt_color=”#1e73be”]M[/mks_dropcap]y heart leaped with excitement when the Lord revealed to me the topic for this month’s Pen in Hand.  The research started out disappointing at first until it directed me to Jewish marriage traditions.  I was not surprised at the explanation of the Torah (books of Moses) was considered a marriage contract between God and His people (Israel).  I found revelation in the progressive steps of the marriage proposal of the Bride and Bridegroom.

The First Step of a Marriage was the proposal or engagement.  When a man desires a woman to be his bride,  he writes up a marriage contract called a “Ketubah.”   This is a legal binding document or prenuptial agreement between the Bride and the Bridegroom.  It protects the Bride in the absence of the bridegroom.  This legal binding lists of rights and responsibilities of the groom to the bride  and it is enforceable in Jewish courts in theory.  It binds the groom to the bride in case of death or divorce.  The Ketubah is protection for the wife and it is the offset the bride price paid by the bride and her family.

Once the groom presents the Ketubah contract, a cup of wine is offered to the bride.  If she drank of the single silver cup, she was indicating to the groom that she accepted his proposal and her obligations to him.  As the groom and bride share the sanctification cup called Kiddush, they are setting themselves aside for each other with a promise shadowed by the Ketubah.  The signing of the Ketubah was then witnessed by two witnesses stating that the bridegroom was authentically who he said he was.  The groom now places a veil over her face symbolizing their commitment to each other while they are apart.  Once the bride accepts the proposal of her groom and signs the Ketubah, He leaves her to go and prepare a bridal chamber.  He leaves to prepare a place for her in His father’s house just like Isaac brought Rebekah into His Mothers tent which of Isaac’s father’s estate.

At the Wedding, the groom removes the veil and they drink again from the single Kuddish cup signifying their adventures into a oneness of marriage.  It is a prayer of sanctification and veiling.  Now, let’s take a look again at the Jewish perspective of the books of Moses.

God made a marriage proposal to the Israel on Mount Sinai.  It listed the responsibility of the Groom and the bride.  The bride had a veil place over her face after she was identified as the proposed bride.  In Matt. 5: 17-19, Jesus says:

“Do not think that I have come to abolish the Law or the Prophets; I have not come to abolish them but to fulfill them.18 For truly I tell you, until heaven and earth disappear, not the smallest letter, not the least stroke of a pen, will by any means disappear from the Law until everything is accomplished.”

Jesus said the new Ketubah will be written in the minds and the hearts of his bride. See what he says in John 17: 15-18:15 My prayer is not that you take them out of the world but that you protect them from the evil one.16 They are not of the world (set apart), even as I am not of it.17 Sanctify them by the truth; your word is truth.18 As you sent me into the world, I have sent them into the world.”

Notice that Jesus sets his bride apart from the rest of the world speaking like a true groom. She is sanctified by the Kiddush cup of promise. Jesus continues the traditional marriage proposal in John 5: 31-34: 31 “If I testify about myself, my testimony is not true.32 There is another who testifies in my favor, and I know that his testimony about me is true. 33 “You have sent to John and he has testified to the truth.34 Not that I accept human testimony; but I mention it that you may be saved.

Jesus has two witnesses that he is the bridegroom of the new Ketabah, John the baptize and the Father (“this is my son whom I am pleased with him”). Now the Ketabah is explained to the bride as Jesus reveals the Kingdom of Heaven is at hand. He offered the Kingdom proposal to the bride and many accepted.

Now Jesus had to bind or sanctify the proposal with his bride. In Matt. 26: 27-29 Jesus does just that:

27 Then he took a cup, and when he had given thanks, he gave it to them, saying, “Drink from it, all of you.28 This is my blood of the covenant, which is poured out for many for the forgiveness of sins.29 I tell you, I will not drink from this fruit of the vine from now on until that day when I drink it new with you in my Father’s kingdom.”

“My Father’s house has many rooms; if that were not so, would I have told you that I am going there to prepare a place for you”.

Jesus went to prepare the bridal chamber in his father’s house. When he returns for his bride, will he find that his bride treasured the Ketabah written on her heart? Luke 24:49 “I am going to send you what my Father has promised; but stay in the city until you have been clothed with power from on high.”

Think about it! Until you are clothed with power from on high, Jesus is speaking of the Holy Spirit of promise. Now that is a dress without spot or wrinkle! Stay tune for Part 2. Be Blessed, my friends in Christ.